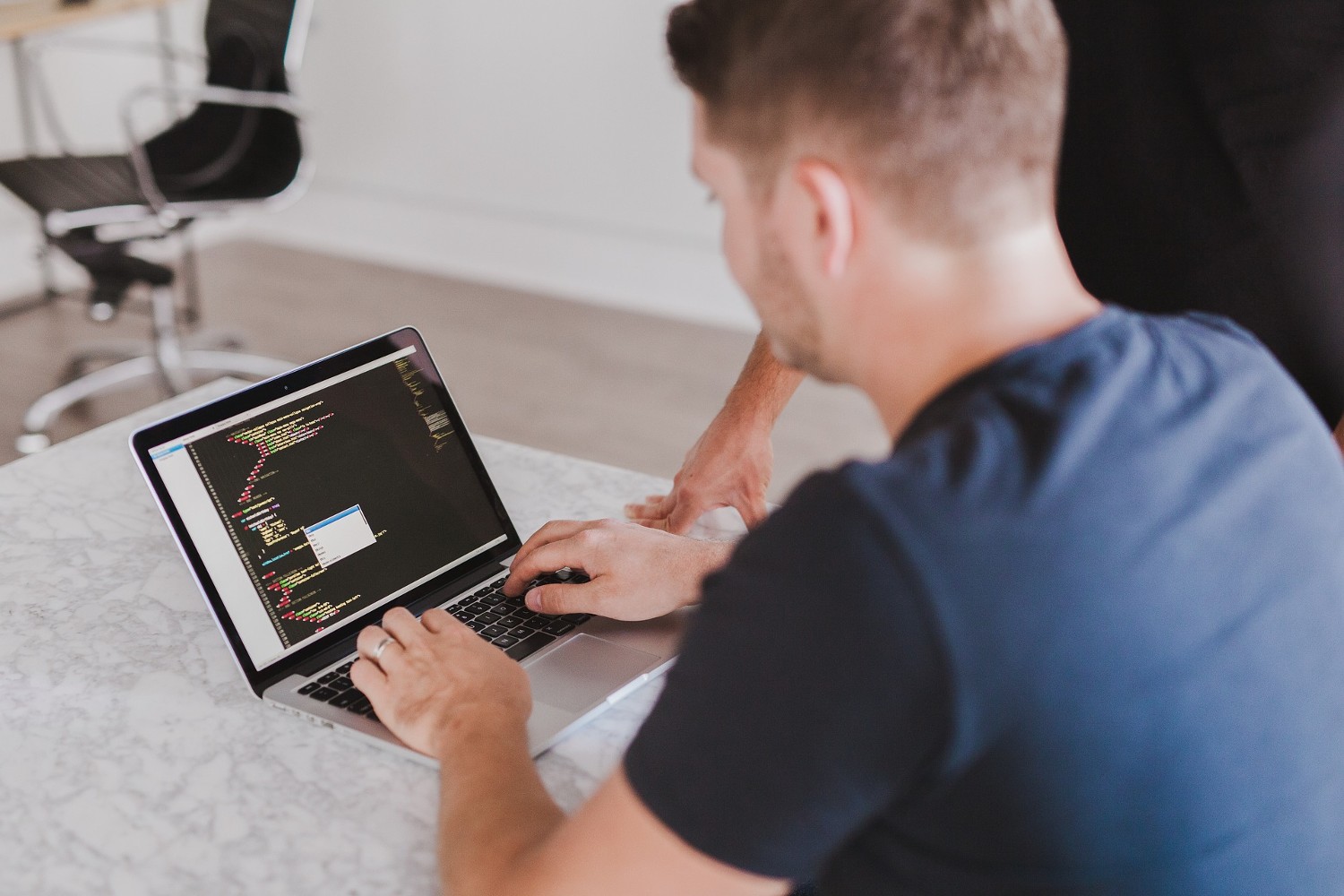 After the coronavirus crisis forced millions of people to work from home, modern technologies such as virtual desktop infrastructure and desktop-as-a-service kept them connected.

Well before COVID-19 forced employers worldwide to send workers home for indefinite periods, VDI and DaaS systems helped business productivity, even when employees weren’t in the office. Organizations still relying on bolted-down desktop computers and individually managed laptops, by contrast, have likely struggled to keep their workforce productive with the rise of the pandemic, according to Saikat Chatterjee, senior director, advisory, at Gartner.

“We’re being forced into the world’s largest work-from-home experiment and, so far, it hasn’t been easy for a lot of organizations to implement,” Chatterjee stated in a recent post at Gartner.com. He pointed to a survey of HR leaders in the Asia/Pacific region which found that their biggest remote-staff challenges were limited technology infrastructure and discomfort with new work processes.

VDI and DaaS can be a solid solution for these challenges because they run applications on server computers and virtual machines that stream the interaction into the browser running on almost any kind of networked computing device. This lets employees run their essential apps on their favorite devices, and frees up IT departments from having to track and update each employee’s device.

While VDI generally operates from on-premises data centers, DaaS can run natively from private or public cloud infrastructures. With these virtual desktop technologies, an engineer designing a power plant can work on a 3D model on a high-powered workstation at the office, then go home and run the same modeling application on a laptop or tablet computer. Heavy-processing jobs like CAD/CAM, engineering applications and media editing that typically require a pro-caliber workstation can be streamed and used on any device.

Ruben Spruijt, a senior technologist in the End User Computing Group at Nutanix, has been giving a lot more thought to remote work since the rise of the coronavirus.

“Working from home really pushes us to work more digitally, communicate differently, and work differently,” he said. It requires IT managers to deliver all of the application remote workers need to work effectively from anywhere.

One of Spruijt’s key responsibilities at Nutanix is helping users and customers understand the value of technologies like VDI and DaaS, which give IT people the freedom to manage, install and update applications and data services remotely.

Spruijt explained that Nutanix’s DaaS offering, Xi Frame, is designed to be easy to use and scale, streamlining the processes where IT pros update applications, add new apps and grant access to data.

“Imagine you're a large engineering and design firm with 25,000 people at multiple locations in the world,” Spruijt said. “Frame lets colleagues collaborate with each other using over a 100 different engineering workstation applications to design a bridge, an airport or a building. They can run these apps in a browser and are up and running in a matter of hours or days and not weeks or months.”

After the coronavirus sent workers home around the world, Spruijt pointed to interest in Nutanix Frame free 30-day access offer surge by about 10 times over the previous month.

“Frame runs virtual applications and desktops on any device, securely, and it’s easy for IT to manage,” he said. “The only thing you need is a browser on a user’s device. No clients, agents or plugins. You can run all your windows applications, including the graphical and resource intensive apps, just by using your HTML5 browser.”

Neil Cross has spent his adult lifetime mastering Autodesk, one of the world’s top software suites for computer-aided design and manufacturing (CAD/CAM). Cross runs a YouTube channel called TFI CAD Tips that explains CAD/CAM software issues to engineers who design pretty much any kind of manufactured product, including, for example, a jet engine with dozens of individual components that must be designed and rendered in three dimensions. This requires lots of computing muscle.

Now, picture trying to get that kind of work done on a home PC or laptop. Cross had that challenge in mind when he produced a recent video outlining Frame as a work-from-home option for CAD/CAM users.

“Frame is like a wrapper that wraps up Microsoft, Amazon and Google,” he explained. That is, Frame lets IT system admins choose their favorite public cloud service and then install their apps within that cloud environment. Thus, if a company’s CAD/CAM software works best on AWS while their CRM system is better fit for Azure, Frame can accommodate both.

He described a worst-case work-from-home scenario: a user with a 15-year-old laptop who has to review CAD/CAM documents on an application like Autodesk Inventor. “When they open up Internet Explorer or Google Chrome, within that browser they’ve got six Xeon cores, a Tesla GPU and 32 gigabytes of RAM,” Cross said in the video. “They’ve got their Dropbox, their Google Drive, everything they need.”

Anybody who has endured a stuck-in-the-mud VPN session cannot help wondering: Just how fast and smooth can DaaS be in real life? Cross answered that in the video by powering up Autodesk Inventor Pro 2020 in his browser and quickly clicking, highlighting and rotating a complex 3D model of a jet engine. He conceded that streaming the user experience into a web browser does slightly slow performance, but DaaS was much better than he expected.

“It’s certainly something I’m going to be testing in the long run as a potential replacement for physical desktops,” he said. Spruijt explained that Frame gives system administrators a sandbox to create application environments, so IT managers can test the right computing performance and storage they need to provide each user, helping to manage predictable cloud service costs. That has to be weighed carefully, especially for enterprise users with thousands of employees.

Based in Utrecht Area, Netherlands, Spruijt has been a techie since childhood. “I like to understand how things work and then share that with many, many people,” he said in a Tech Barometer podcast interview. His livelihood now turns, in part, on his ability to improve the work experiences of professional computer users, especially those in the Nutanix ecosystem.

Spruijt noted the simplicity baked into Frame. In as little as a few days, IT managers can get it up and running, quickly learn the basics of operations, and then with a few clicks start adding or removing service as workforce needs change.

“The beauty of Frame is there’s no need to worry about the underlying infrastructure to deliver apps and desktops as a service,” he said. “That's the beauty of a cloud service where you can easily scale up or scale down when and where it’s needed.”

He explained that Frame’s DaaS technology acts as a broker between the browser and the cloud system architecture. It’s optimized for speed, scale and ease of use.

“IT people don’t have to deal with the underlying architecture,” Spruijt said. “Frame just delivers apps into browsers as requested.” VDI is a more hands-on application streaming tool for IT professionals. Typically, VDI is used in on-premises and hybrid cloud environments that require more specialized or customized configurations. VDI requires people with specific skills to design and optimize the system. Ultimately, Spruijt explained, VDI can stream desktops and applications to anybody who needs them, but it doesn’t necessarily rely on public cloud services like DaaS does.

Spruijt is an advocate for computer users and sees VDI and DaaS and helping people during a crisis and through changes ahead. Want to read more about VDI ‘versus’ DaaS?
“Many people are finding out today how to work differently, communicate differently, collaborate differently using tools they have never seen and used before,” he said. “I truly hope and believe that what we learn from this crisis will help us all in the future.”

Back to Top
Close Sidebar 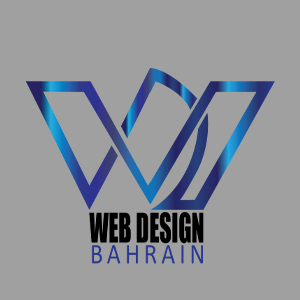 Our team of web developers and marketing professionals will create an impressive website for your business to generate a generous return on your Internet investment.